We have years of EXPERIENCE
in providing CUSTOMISED
contract documentation
to suit the project or
the enterprise.

We have years of EXPERIENCE
in providing CUSTOMISED
contract documentation
to suit the project or
the enterprise. 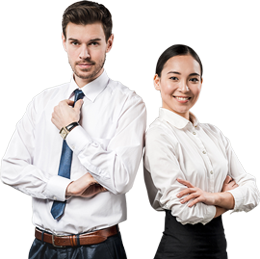 Get advice from one of Australia’s specialist construction lawyers

We have years of experience in designing and drafting building contracts including: design and construct, guaranteed maximum price, novated and incentivised contracts.

If the client has elected to use one of the standard construction contracts common in the industry, then we can develop amendments to that contract to manage our client’s particular exposure in those specific circumstances.

Construction contracts are generally drafted with the intention to deliver a defined physical structure on time and to an acceptable quality standard. Increasingly best practice performance requires more from a contractor, to achieve the practical objectives, ensure business continuity and an overall positive experience with the participants in the construction project.

Best practice contracts are now including Key Performance Indicators for aspects of the service required including features such as safety, environmental standards and training. Those contracts are emphasising the service nature of construction contracts as project delivery needs to perform so as to satisfy the objectives of many stakeholders.

Although every project is unique in its own right, the construction industry encourages the use of standard form contracts as they possess common elements as to processes and management arrangements.

As contractual performance and management in the construction industry necessitate effective communication and recording of terms, it is important to understand the framework of commonly adopted standard form contracts, both as to content and form.

Standard form construction contracts are intended to assist the parties understand their roles and responsibilities and to aid the contractual negotiation between them with a view to minimising time and cost.

Notwithstanding this, it cannot be stated that standard forms (including ones that have published by industry bodies and evolved over time) contain no redundancies or that will be suitable for all projects. Key clauses within standard form contracts are often the subject of dispute demonstrating some of their limitations and why parties’ opt to amend them to suit project specific needs.

THE ROLE OF THE CONSTRUCTION CONTRACT

Traditionally, the role of the construction contract is to outline the parties’ roles and obligations and the implications of a failure to keep to the Contract (known as the traditional contract theory).

An emerging and more prevalent approach is the need include provision for co-operation such that facilitates and encourages parties to keep lines of communication open and the adoption of a proactive approach to the resolution of disputes (known as the relational contract theory).

The latter shifts the standard away from ascribing liability or establishing fault to working cooperatively to achieve the objectives of the agreement (or as close to).

A failure to plan for the required performance is always a recipe for disaster. Contingency planning for the unexpected is also vital for resilient contract performance. The plan should anticipate the performance which is essential for success, including particularly the service KPI’s which are essential in order that if poor performance does occur it is quickly realised and triggers an appropriate pre-planned response, in line with the relational contract theory.

Otherwise response to poor performance of the contract will be at best reactive and at worst not rectified if the poor performance or its consequences are not promptly recognised. If a breach or unexpected situation arises without contingency plans and parties may disagree and look to punch it out, rather than focus on the overall objective of the contract and how mutual adjustments may assist both achieve their objectives.

It should be remembered that the potential for waste is overwhelming when each party believes that only the other party is at risk.

In theory, co-operative contracting is encouraged in the industry, however it is not surprising that in practice such provisions are not always adhered to. The common cause when a problem is encountered during a construction project is communication breakdown. Not only does the lack of communication delay the resolution of disputes it negatively effects the trust and mutual confidence that was once in existence between the parties at the time of contracting.

To counter the occurrence of a dispute, it is not uncommon to find provisions that impose duties the parties to act in good faith. It is noted that the inclusion of such duty has been embraced by countries such as the UK and the USA, however there is much debate on the enforceability of the same in Australia.

Further, disputes in this space arise from unforeseen conditions such that prompts the inclusion of provision for collaborative risk management i.e. the parties jointly engaging in a process of identifying (early detection, assessing and eliminating the risks). This enables the parties to have more control over the outcome if an issue that may have material impact on the project arises.

During negotiations, emphasis should be placed on what can go wrong in a contract (risk management) so as to deal with it adequately if it arises and provide for quick resolution.

The inclusion of effective dispute resolution clauses which encourage early intervention promotes performance of the contract to completion.

Some standard form contracts provide for mediation and failing resolution, the parties may opt to approach the Court. Such provision does not facilitate an effective resolution of the dispute, rather may result in the parties be locked in to a time consuming and costly litigation, placing the fate of the project and their entitlements in the hands of the Court.

An interim decision-making process may be inserted into the construction contract to restore order to ongoing performance on an interim basis ahead of a formal resolution by arbitration.

When engaging in large construction projects, there are generally multiple stakeholders who have an interest in the performance of the contract, including; the principal (the owner of the project), financiers and future purchasers, a project manager, engineers, architects, surveyors and builders, and subcontractors.

Many different stakeholders will come to the table with different objectives, training and values, thus there needs to be adequate communication and consideration of legitimate expectation of others to ensure a project is properly delivered.

Despite all the safeguards and proactive measures that may exist within the general contract, parties’ each have their own duties to fulfil in order to perform properly, however ensuring that parties comply with the above will mitigate risk and assist in the overall performance and management of the contract to the benefit of the parties’.

Those leading projects and influencing the contracts which bind projects together need to maximise the prospects of the co-operation and efficiency by building performance monitoring and management into all of the projects contracts.